Quick, three dots review of some of the help I've gotten in New York City since landing here to escape my enemies' alarming bizarreness:

90 Lafayette's New York City Rescue Mission: Holy Hudson on the Half Moon! There was stuff going on at this bedehouse for the reprobate that would appall Miles Standish and a good many other 16th Century Indian killers. Zero out of five abbesses approve...

Schwartz Men's Assessment Shelter on Randall Island. Liveable, but the clients are not the only ones engaging in shady shenanigans. One night, there was a shortage of ratty blankets, but I laughed it off as, 'Okey-dokey, I guess IllI just cry all the way back to where I've got no land...' I did get to be a hero there, and save an overdosed man's life (but that I had to...) Vicious Calypso dragon lady Ms. B was particularly Trunchbullesque among staff. That said, points to the facility personnel and the friendly intake lobby NYPD sargeants for tipping me off to the arrival of notorious stalker Jesus Diaz...

Praxis Housing Initiatives on 109th: Wonderful, until I got booted upon being accused of failing to cut up a chubby baby dyke, as though I'm that kind of evil straight chick from a Russ Meyer titty pic. Ms. C's 'caged heat' crap isn't washing as of this post, and I'm currently in talks with attorneys concerning the program's shitty treatment of me...
Posted by williamrobertway at 11:17 AM 1 comment:

No place, really, for this stuff on the usually upbeat new blog, Out & About With Will:

1. I promised myself I would eschew blogging about my - am I making you call me manky? - rubbish bin finds... My check stretches only so far every month, then I must scavenge; a fascinating topic, but depressing. Then I saw the following, and thought something funny: 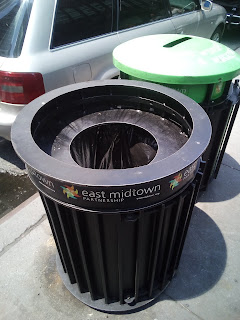 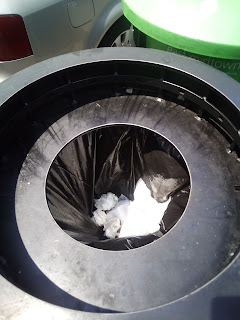 Clearly, life among certain over-the-top eliminationist shitheads in California has damaged me...

2. And speaking of Jesus Diaz, el vecino malo y el maricon moribundo; and his de facto lieutenant Rashell Laskiewicz: I recently entertained the paranoid delusion that she had stolen my sperm by working with an Oregonian I'd been having sex with in Hell's Kitchen - that she tried to use it to get pregnant.

Were that true, I would find out, I have no doubt. A judge might rule in my favor and order such a criminally conceived pregnancy terminated; and barring that, I would of course be awarded full custody of my child upon her being born, and a restraining order issued against Rashell, who has always been known as a monster, a thug, a dipshit, and an unfit mother to her legitimate children (who themselves were recently a hair's breadth from killing her anyway, but I digress...)

So I should be okay, right?

Posted by williamrobertway at 10:13 AM No comments:

out & about
Posted by williamrobertway at 10:23 AM No comments:

Flash Fiction: A Salute To Herbert per et fils

"....I think of Trish - 'not from Marin City,' fashion-before-function proselytizer Trish, gentile fine and pretty with shortish, chestnut red hair, who would shiver her nards off in the Olympia, Washington dusk. You see, it's, 'fashion before function,' not, 'style before function,' as that's not how the paradigm functions. Yet it does, and in a corollary of a sort, anything functional is inherently stylish (such is my belief system and never isn't, though those who would disabuse me live close among us.)

"Above, I intimated the reality of paradigms, gave an example of one, and implied a case for the distinction of a paradigm from a rule or an aphorism.... As well, distinguish a paradigm from a metaphor - the former is better. If only what is better than appropriate were universally applicable...."

Sister Gretchen looked from Steward Lucas Rice to Captain Leah Thomas, then back again. "I realize that there are restrictions due to fuel scarcity. I assure you, I weigh under. Yet my meager life savings are in a wrap, here."

Rice noted in the Ixian scanner where she pointed. Captain Thomas was quick: "I make no guarantees, but this life savings you mention could prove a boon. Parting with some now could purchase you short-term perks, and longer term honors should we achieve planetfall. It seems crass, such economic considerations in transit aboard a Guild lifeboat...."

"All that matters are these girls' welfare, if course."

"Of course!" replied both the Steward and the Captain.

"Very well. The palladium and copper are yours. The gold, should you need it."

"There's an Earth ounce of yttrium, as well."

"We'll set that by, as it might come in handy," intoned Thomas. "We'd be pleased if you kept it on your person."

"Such pleasure," muttered Gretchen, not without sympathetic bitterness and an air of Voice.

"Mademoiselle," the Steward Rice inquired, "may I procure for you?"

"Good! You may: a flute of prosecco for each of the survivors traveling with us, immediately!" 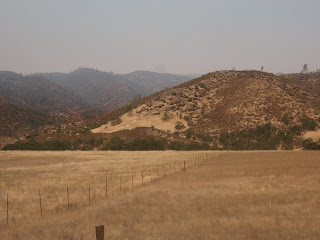 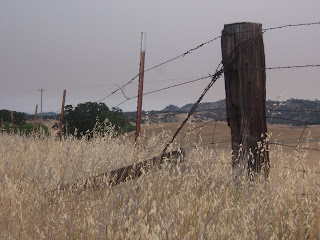 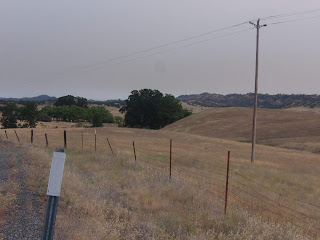 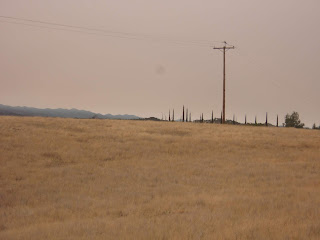 Posted by williamrobertway at 12:46 PM No comments:

It's June, so I'm a little late planning out one ensemble for Fall/Winter (I may be poor and mentally insufficient, but I try to do my best... Currently, I have a pair of Walmart George brand shorts with a coordinating Claiborne shirt in that particular sandy pink that I'm sure would make Anna Wintour scream love for 2018, but I digress...)

So I long for a taupe or charcoal jacket and slacks, to set off a silk turtleneck, and I love the way past acquisitions from Zara have fit, but I've heard tell that they mistreat garment workers in Turkey ... And now, this, which is old news yet fresh to me. (And the stripes had to be horizontal - couldn't they just have made Galliano a pair and been done with it?)

Ah well... No shame in buying H&M when it comes down to it...
Posted by williamrobertway at 6:30 AM No comments:

And check out my new, three dot column/photo 📷 blog: